Intel, which wowed folks with its synchronized drone show at the Olympics, is at it again, with a drone show at the Coachella music festival near Palm Springs Sunday. We sit down with an Intel exec who explains how it works, and why Intel is pushing the idea of dancing drones. USA TODAY (Waldy Diez video … END_OF_DOCUMENT_TOKEN_TO_BE_REPLACED 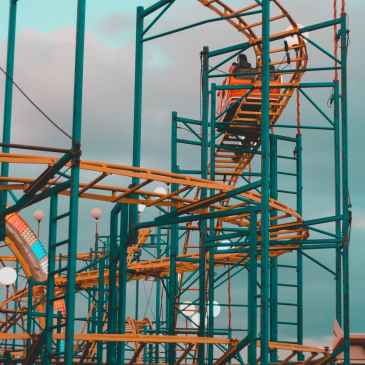 Nearly four and a half years after Hurricane Sandy destroyed the iconic rollercoaster on Casino Pier in Seaside Heights, a new one will take its place. I edited this video using Adobe Premiere. The b-roll was provided to me. 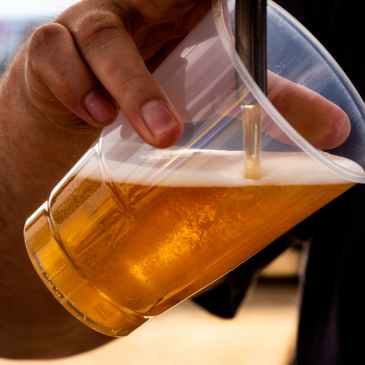 Tasty’-style video of a ‘Stout and Stormy’ drink. I shot and edited the videos using a DSLR camera and Adobe Premiere. This was a video test for a job interview.

TV promo on WBNG-TV Action News for the morning show, Action News This Morning on August 5, 2016 that I produced in the Binghamton, NY market. In this show, we had multiple live shots: one with a CBS Correspondent in Rio de Janeiro for the 2016 Summer Olympics, and one where one of our reporters … END_OF_DOCUMENT_TOKEN_TO_BE_REPLACED

“There was always a way to stay busy as a BDJ student. Whether it was interning, shooting, editing and tracking a package, cutting together a resume reel or writing online stories, there was never a dull moment in Newhouse.” Waldy Diez graduated with a master of arts in broadcast & digital journalism in 2015. Diez … END_OF_DOCUMENT_TOKEN_TO_BE_REPLACED

Originally posted on Rowan Radio 89.7 WGLS-FM:
“Fifty Years and Counting: An Oral History of WGLS-FM”, a four-part documentary on the station’s history is now available on the WGLS-FM website. The documentary, split into four 30-minute parts, explores the station’s humble beginnings in 1964 to its rise as one of the nation’s most decorated college radio…

By Delisa Morris (Newhouse Insider) – Waldy Diez – Broadcast and Digital Journalism (BDJ) G’15 – answered a few questions about her exciting and beneficial internship experience at USA Today as a video and multimedia intern. What resources did you use to acquire your internship? The BDJ program has a built-in capstone internship. However, I did … END_OF_DOCUMENT_TOKEN_TO_BE_REPLACED

(USA Today) President Barack Obama will appear on a special episode of the NBC show ‘Running Wild with Bear Grylls.’ Bear Grylls eats a lot of strange things to survive. Here are some of the grossest. USA TODAY

By Waldy Diez (USA Today College) – We all know at least one perfectly manicured person in college who fulfills the “bimbo” stereotype. That is exactly who Reese Witherspoon plays in Legally Blonde. Her character, Elle Woods, gets dumped by her boyfriend because he needs “to marry a Jackie, not a Marilyn.” So she decides to go … END_OF_DOCUMENT_TOKEN_TO_BE_REPLACED